Alienworlds “Error Out Of CPU” Fix (Several different solutions!) in 2022 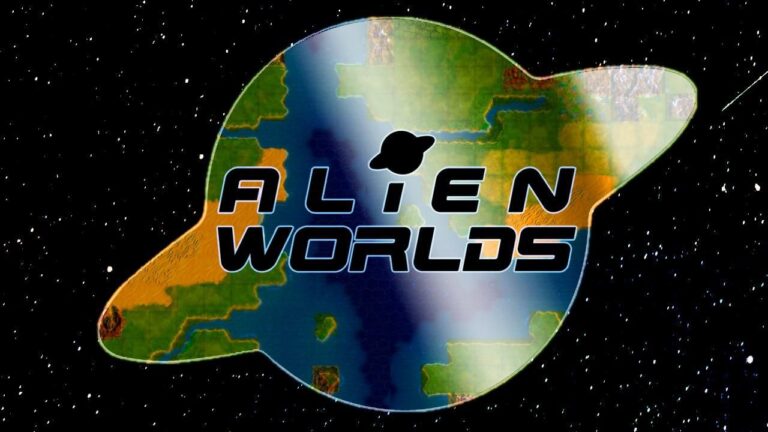 Alienworlds.io has received a massive surge of new players for the past week and has reached over 1 million players, not surprising, considering the potential in this project. However, with it came many issues that weren’t anywhere near as common previously, one of them being that essentially, every new player started getting an “Error Out Of CPU” when trying to mine, in this article we will explain to you exactly what this error is, why it’s happening & how you can fix it with a bunch of different solutions.

Why is this CPU Error happening and why wasn’t it as much of an issue before the massive player surge?

Alienworlds is connected to the WAX Network and essentially, every transaction, every action in the game that generates income or potentially affects the economy or that directly interacts with the WAX Network uses something called “CPU”, think of it as the “gas fee” in other crypto transactions, however, the benefit is that unlike the “gas fee”, the CPU you spend is not gone forever, it essentially regenerates after 24 hours.

The massive player surge increased the actions being performed on the WAX Network which means that each individual player has fewer resources allocated to each person since a lot more players are needing those resources, thus this error is happening almost right off the bat as soon as the new player(you) starts the game.

It’s extremely common to only be able to mine once or twice before getting the CPU Error, so don’t be alarmed.

“Error out of CPU” Fix

To fix this error, you simply have to Stake WAX for your CPU. This can be done by going to your WAX Wallet (https://wallet.wax.io/dashboard) and clicking “Resources” then simply insert the amount of WAX you wish to Stake into the CPU and press “Stake”. The more you stake the more CPU you will receive.

ATTENTION: Before you think “what a scam! we must waste money to get more resources?!?” No! The WAX you stake you can unstake it at ANY TIME if you wish to sell all your WAX. The WAX you stake is NEVER LOST, think of it as having your money in your bank, it’s just sitting there, except it’s also giving you CPU resources back, you can withdraw the money(WAX) from your “bank” at any time!

Essentially it’s recommended to have ~40-50 WAX if you wish to be able to play the whole day without getting this Error, however, you can still play for a few hours with less than that until you earn enough TLM/WAX to stake up to 50.

Considering you’re mostlikely a new player, you must be wondering “yea but I don’t have any wax, now what?” don’t worry, that’s what the solutions we mentioned earlier are meant to fix.

Also, CPU regenerates every 24 hours so after 24 hours you will get back all the CPU resources you used in the previous day.

How to get WAX to stake?

So you’re new and you can’t mine to get TLM so you can’t get WAX, so you’re stuck in a loop with no way out. Don’t worry, there are a few things to fix this problem and we will go in-depth for each one of them, however, this is a tough error to fix in which it requires perseverance & dedication to fix to a certain extent, however, trust me when I say this, it will be worth it. The game has massive potential & there are thousands of people earning more per day than many day jobs pay you. With that said, here are the possible solutions:

Mine TLM, Exchange to WAX and Stake it

This is an obvious one, simply every time you mine you get TLM, you can then turn that TLM into WAX so you can Stake it for CPU.

At the start you probably can only mine once or twice, if you don’t follow one of the other fixes it will take you a long time until you can properly get a decent amount of WAX staked into CPU. However, the point remains, once you do get a decent amount of TLM you should transfer to WAX so you can Stake it until you have a minimum of 50 WAX staked into your CPU (In our opinion).

Ask People To Stake Some For You

Join the official discord at: https://discord.gg/WyAHYJTvYj

Sometimes you find a kind soul willing to stake some CPU for you, since staked CPU is NOT FOREVER GONE they can unstake it at any time they want since there are no downsides to them (Aside from potentially being flagged as a bot), it’s worth a try since getting someone to stake some CPU for u even if only for just a couple days will give u enough of a headstart to mine some TLM to turn to WAX and stake your own.

The AW Staff knows this error is a big issue to new players so they’re kind enough to give ACTIVE discord users some WAX to get started in AW.

To do this simply join the official discord: https://discord.gg/WyAHYJTvYj

And start chatting in #general, ask any questions, learn about the game, and so on. When you reach level 5 (Which is the “Rare” rank) you can tag the user ricardooow#5828 in #newbie-help or #support and say you’ve reached level 5 and would like to ask for some help with wax if possible.

I’m sure he will be more than welcome to stake some WAX for you to get started!

Mine on High Cooldown Lands

This is yet another important tip that EVERYONE should listen to if you’re still getting the CPU Error. Generally low cooldown time lands are more efficient because you’re able to mine more times in the same period of time which on average ends up giving you more TLM/NFT. However, this is NOT efficient at all if you are constantly bottlenecked by the CPU.

To get around this you should mine on lands such as:

This may seem daunting to many people since most players join the game to make money, however, investing is a good idea and trust me, you will make your money back in no time.

Not much to say here other than investing is honestly a good thing to do, the ROI is insanely good at the moment since the game is still new and 2 TLM are 1$(at the time of posting this article) and you can easily mine 10-20 TLM daily so that’s 5-10$ per day EASILY just from clicking a few times(With some of the best tools available, with low-end tools you should expect 1-5 TLM a day and medium tier tools 5-10 a day) + NFT drops that can go all the way up to 1000$’s for each. Plus it opens you up to other NFT games with the WAX Network that will improve your passive earnings even further.

That’s really it, there’s not much more you can do to fix this problem besides these solutions I gave you.

If you enjoyed this article and would like to leave a small donation, feel free to send it over, my WAX wallet is ygzk4.wam

If you have any suggestions, please drop a comment below!