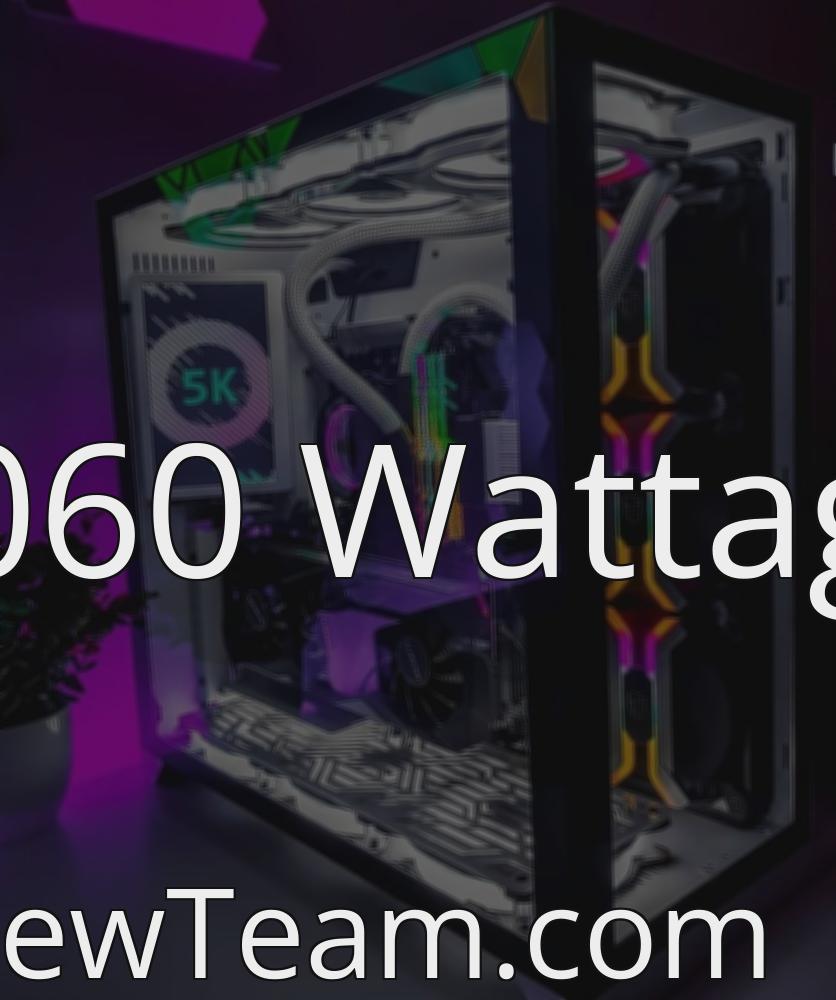 A 500W PSU isn’t enough for the RTX 3060 GPU, so if anyone uses it with a less wattage GPU, it will cause crashes like shutdown and poorer performance than the overall PC can handle. A minimum of 550W PSU is required for the RTX 3060.

If the PC runs on a 500W PSU somehow, it will not survive overclocking or if you do any other task that puts the PSU under strain.

The RTX 3070 requires at least 650W PSU, so using 500W PSU will not even boot up the unit in most cases. Although the minimum PSU 650W is required by the RTX 3070, a 750W PSU is recommended if you overclock your parts or have RGB lighting in them.

How Many Watts are there for the RTX 3060? At its highest, the RTX 3060 can handle up to 170 Watts. That’s why your power supply must have a minimum of 340 Watts, which is more than double the peak.

The RTX 3060 has a 170W power consumption rating. At least a 550W PSU is recommended by NVIDIA, so you should use it.

The NVIDIA NVIDIA GPU’s testing was done with an Intel i9-10900K, which is quite a power-hungry processor.

Although most systems will need 500W of electricity with PSUs, it’s still recommended that you keep some headroom to account for the power efficiency, overclocking, and future hardware upgrades. Keeping this in mind, a 650W PSU seems to be the best bet. Our pick is the EVGA Supernova 650 P2, which has the best price-performance ratio. It’s a completely modular PSU, which means improved cable routing. In addition, it has an 80 PLUS Platinum rating to ensure good power quality, while still carrying a price tag that won’t burn a hole in your pocket and giving a 10-year guarantee.

If you’re looking for more PSU recommendations, we have compiled a list of the top PSUs for gaming. Right now, buying an NVIDIA RTX 30 GPU is a little bit expensive, so make sure you’re not paying the outrageous price to get your hands on the RTX 3060 GPU.