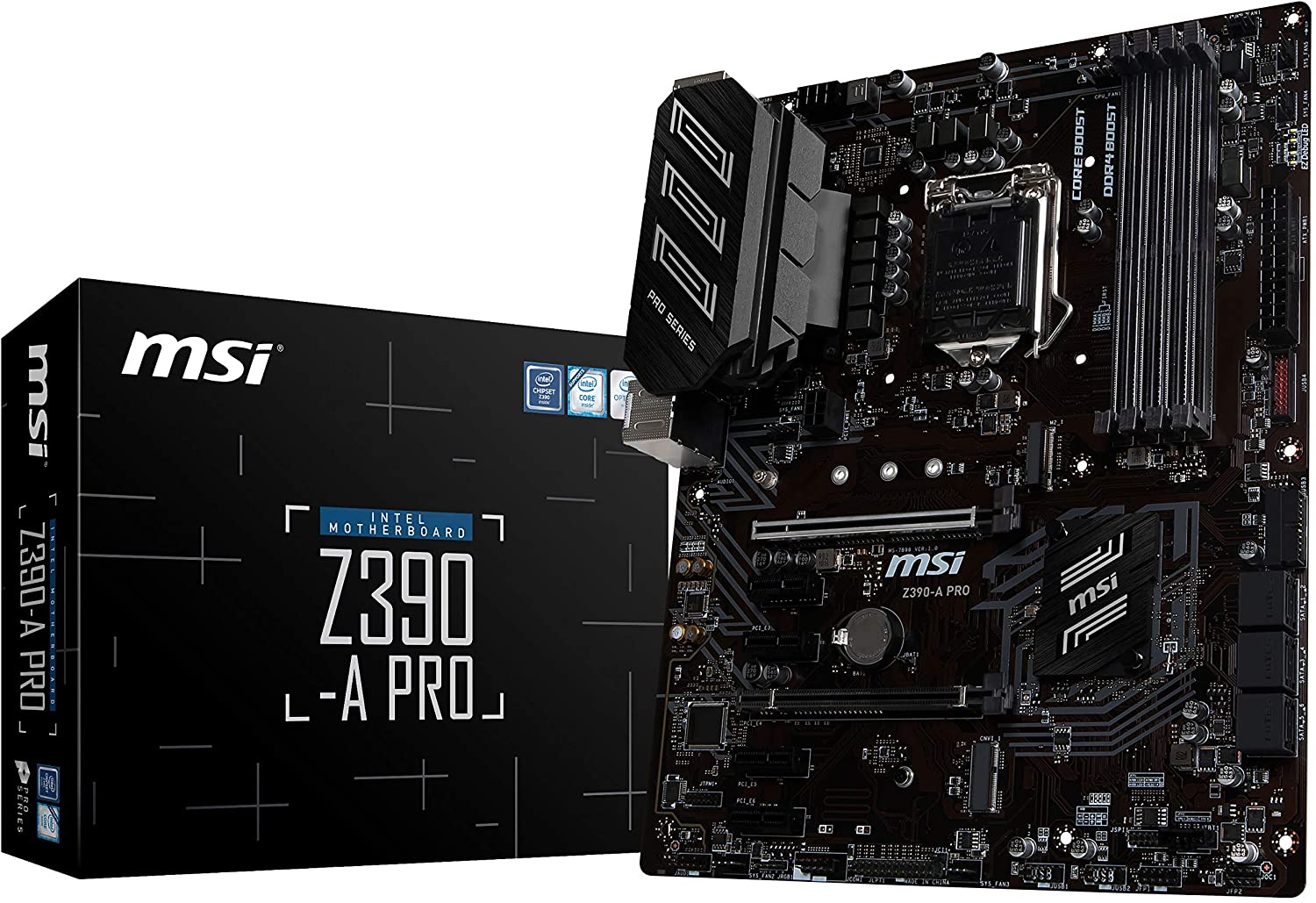 The Core i3 9100F is the 9th Gen processor from Intel and one of the most affordable entry-level gaming chips. You get reliable performance suitable for gaming and multi-tasking, making it the ideal choice for the professional or gamer on a budget.

With four cores and four threads, there’s plenty of processing power for multi-tasking. You get speeds up to 4.2 GHz, allowing for fast transitions between applications and browsing tabs.
One of the downsides to purchasing the Core i3 9100F is its lack of integrated graphics. In this post, we’ll look at the best motherboard for I3 9100F processor.

You get six PCIe slots and a single M.2 slot, making this motherboard a great choice for gamers using peripheries like Wi-Fi, video, and sound cards. There are six SATA slots and 14 USB ports included with this model.

You get excellent cooling action from the heatsink on the MSI Z390-A PRO, with seven fan headers maintaining optimal performance. The motherboard also features a single PCI express connector, boosting the power of low-end graphics cards. You also get full PWM control on all fan outputs.

Other features of the MSI Z390-A PRO motherboard include the debug LED, which is useful for troubleshooting tasks. You get smooth and efficient performance with Intel CNVi ready, core and DDR4 boost, turbo M.2 function, and USB 3.1 Gen2 connectors.

Unfortunately, there’s no HDMI port available, but you can adapt the DVI to HDMI. The board doesn’t feature any RGB support, making it the ideal choice for gamers and professionals. You also get a handy summary screen on your BIOS menu, giving you total control of your motherboard settings.

The intuitive BIOS menu includes all current data on memory usage, motherboard performance, CPU usage, current V and DDR core, and the BIOS are available at a glance. It’s also interesting to note that this motherboard doesn’t directly flash from the internet. As a result, you’ll need to update via USB.

Overall, this motherboard is a high-performance, no-frills model.

The B360 are a downgraded version of the Z390, they are for people who don’t wish to overclock but still get a board with decent features and quality material. Just remember, if you get a B360 and wish to later upgrade to a better CPU that can overclock you’ll also need to buy a new motherboard if you want to overclock. This is not a problem with the Z390’s. They allow you to overclock, are built with the best materials in the market and always have the latest features available.

Why should I get a good motherboard instead of a cheap one?

The motherboard is the backbone of your computer and if you want a good PC, it’s important to get one that can last.

The cheapest motherboards use cheaper components which means they are more likely to fail over time. A cheap motherboard will also be difficult to upgrade in the future when new technologies come out because manufacturers do not include many features on these boards.

A good motherboard comes with many features such as built-in WiFi adapter, better soundcard, better materials to last for a lifetime without problems, etc.

Can these motherboards overclock?

Yes! They can all overclock. However, your CPU is not unlocked thus you cannot overclock the CPU. It leaves you an open window for a possible upgrade in the future should you wish to do it. You also can overclock your GPU & RAM with these motherboards though.

They do work with your CPU, however, they are quite low-end motherboards and we suggest you go with a Z390 or a B360 medium/high tier ones at least, even if just to safeguard yourself from potential component failure by having a low-quality motherboard.