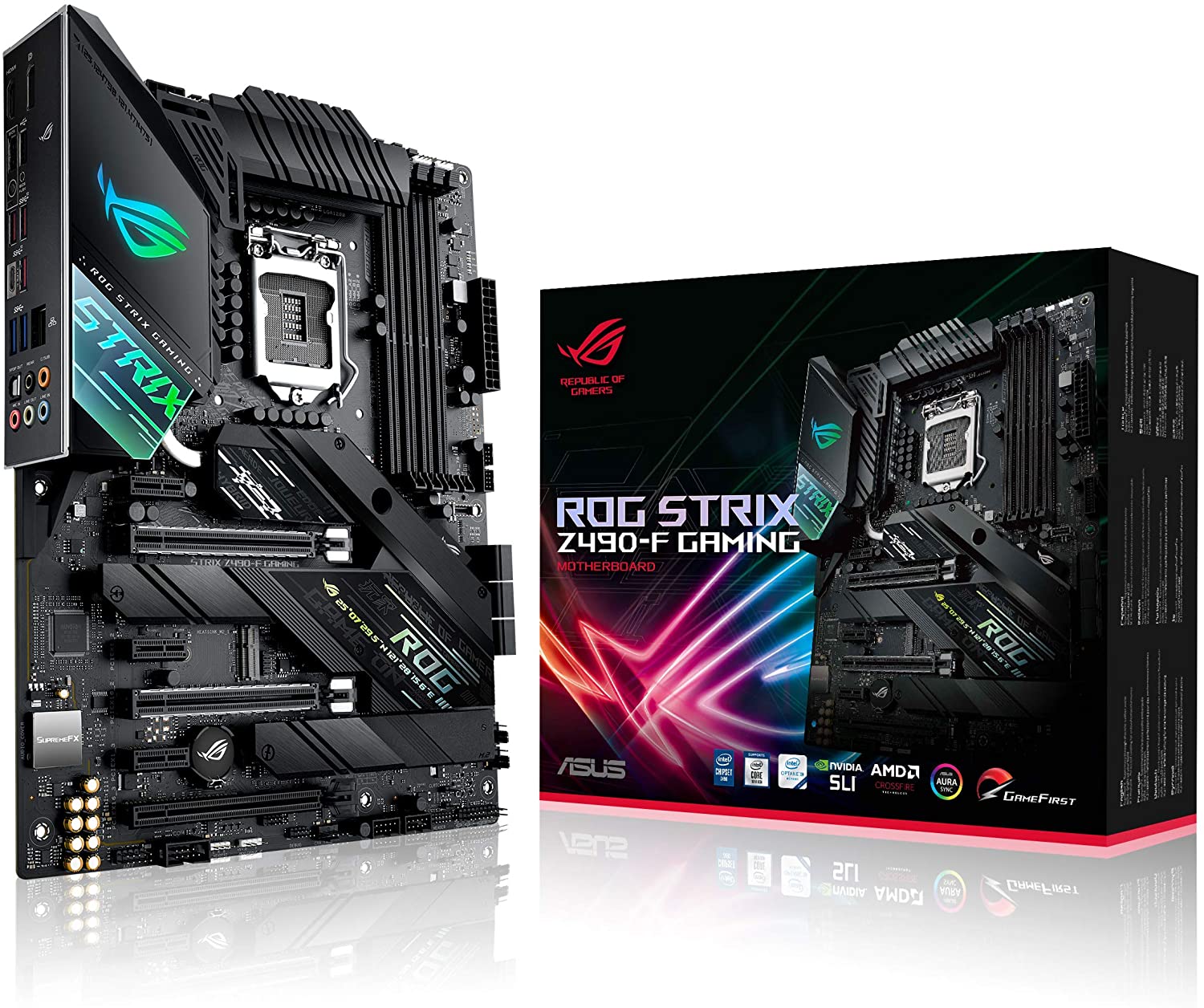 Don’t worry, after you finish reading this guide you will have 6 different options to pick from!

If you’re wondering what’s the difference between the Z590’s, B560 and the Z490’s then don’t worry I’ll explain to you the differences and help you pick the right motherboard for your CPU.

The Z590 are the latest top-quality chipset released, made specifically for the 11th gen CPUs, in our opinion, if you’ve bought the I9 11900F/I9 11900K then you should definitely get a Z590 as they will allow your CPU and GPU to perform at 100% of their potential while a lower end motherboard might severely limit their performances & usually lack important features.

Related:  How Many Ohms Can My Motherboard Handle? (Expert Answers)

The B560 are also a good option for most CPUs from the 11th gen and they’re far cheaper, the issue with B560’s is that they do not allow you to overclock.

The Z490 are 10th gen Chipset boards and they require a specific BIOS update to work with 11th gen CPUs so we would still suggest going with a Z590 over the Z490 unless you have a very tight budget.

As compared to others, it has the most features overall, the best sound allows stable overclocking, and if you wish to upgrade your Processor to something even more powerful in the future, as long as it’s 11th gen CPUs, this board can happily support it and bring out its full potential.

The ROG Maximus XIII Hero Z590 is equipped with the best technologies for your gaming and entertainment needs.

It boasts smart solutions including AI overclocking, AI cooling, AI networking, and noise cancelation that work in perfect harmony to make sure you have the most immersive experience possible.

Engineered with robust power delivery over 14+2 phases rated at a maximum 48A current draw, this motherboard provides stable and reliable performance to push up your CPU frequency to their limits while staying cool even under heavy loads thanks to its optimized thermal design supporting multiple VRM heatsinks plus an integrated aluminum I/O cover as well as a high-conductivity thermal pad that transfers heat from the MOSFET surface area for faster dissipation.

Because of its affordable price in addition to all of the great features it provides, the Strix is also the best-selling Z590 motherboard. While not as good as the ROG Maximus XIII, it is still competitive and outperforms older Z490/B560 motherboards.

Expertly engineered and expertly installed for today’s demands, the ROG Strix Z590-A Gaming has all you need to unleash your gaming creativity. This system features overclocking ready Intel Core 1200 CPUs with up to 8 cores with up to 5.0 GHz Turbo Boost 3.0 clock speed on our new LGA 1200 socket.

No matter how extreme the scenario, this platform is equipped to handle any challenge through optimized thermal design from cooling component circulation theory and thermometer placement insights (VRM/PCH heatsinks, M.2 heatsink) and high-performance networking solutions.

If you’re going to buy a B560, this is the one to get; otherwise, go with the Z590’s because the price is approaching. The motherboard is still very strong in terms of features and overall quality.

This motherboard is built by GIGABYTE for heavy-duty usage, with unparalleled features. It supports Intel’s latest processor technology which enables you to fulfill your tasks efficiently and easily.

This fully covered design includes high coverage of MOSFETs which supplies better thermal condition on the board as well as an enhanced memory overclocking solution that can cover all needs of a power user.

One-stop utility reduces effort on system installation while advanced RGB lighting provides personalization options with various modes depending on different moods and desires.
This product from GIGABYTE will be perfect for hardcore gamers and professionals alike who want reliable performance without sacrificing eye-catching visuals!

The B560 steel legend, like many low-end boards, has a simple design. The circuit board is blank, with grey diagonal designs on the heatsinks.

Six SATA ports, two PCIe 3.0 M.2 slots, one PCIe 4.0 M.2 slot, and one PCIe 4.0 slot is available (for the graphics card). It has four DIMM slots with a total size of 128 GB and a maximum speed of 4800 MHz.
ASRock made some compromises here, such as the lack of onboard WiFi, multi-GPU support, and a reset/clear CMOS button.

Not to mention the limited number of PCIe 4.0 lanes, which can be a problem if you want to use several M.2 SSDs.

The ROG Maximus, like the Z590’s, is once again the finest motherboard, this time for the Z490’s. It outperforms any other board, but it is still very expensive.

The MSI MPG Z490 is without a doubt the best Z490 motherboard for I9 11900F in terms of price; it’s incredibly cheap for a motherboard of this standard, but it still falls short of some of the other options we’ve presented.

I wish to overclock my I9 11900K, which motherboard to pick?

If you wish to overclock then you need either a Z590 or a Z490, in our opinion, you should go with a Z590 as they were made for these specific 11th gen CPUs. The Z490 also works but they’re generally priced roughly around the same as the Z590’s maybe slightly cheaper and they’re not quite as good and they need a specific BIOS Update to work.

I’m on a budget, which motherboard to pick?

If you’re on a tight budget and you can’t afford the cheapest Z590 we’ve listed then you need to choose:

Do you want to overclock? If yes, go with a Z490 since they allow you to overclock but they’re still a bit expensive.

If you do not want to overclock go with a B560 as they’re generally cheaper.