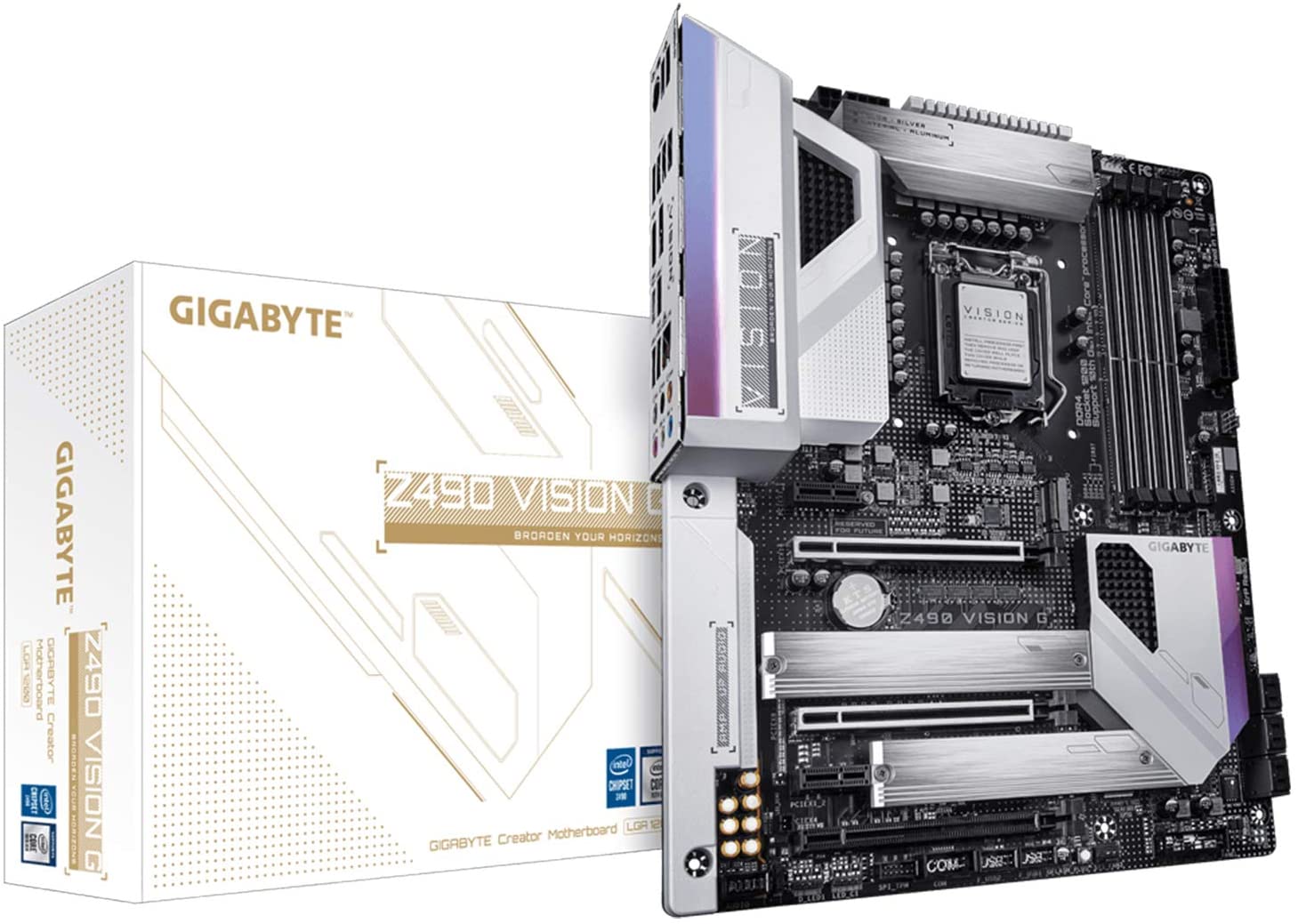 If you want to use the MacOS then you probably already know that it often has compatibility issues with hardware that wasn’t developed by Apple, however, don’t be discouraged because with the right hardware everything still works just fine, and that’s where we come in, we will tell you the 3 best Z490 Motherboard for Hackintosh.

Which brands has best compatibility?

After testing & after some of our readers testing them as well and sharing their results, we found that the ASUS ROG Strix versions are generally the very best in terms of being compatible with macOS and there’s a couple that are almost 100% compatible. Another brand that we found to be working is Gigabyte, although Gigabyte is generally discouraged by Apple, we found that there’s a model that works just fine.

Should I pick a cheap motherboard or go for a more expensive one?

The thing is, if you want the Hackintosh then you can’t really go with a cheap motherboard because most motherboards won’t work properly with macOS, so you should always go with the ones that are known to be compatible and those are usually within 200 to 400$.

The Z490 motherboards will also allow you to overclock your CPU if it’s an unlocked model from the 10th or 11th generations. (Models that end with ‘K’)

Our list gives you 3 different options that will work for all kinds of people regardless of your budget.

Colorfully lit in the slightest of ways, the ASUS ROG Strix Z490-I captures your attention with its sleek chassis and high-powered hardware.

It supports the Intel LGA 1200 socket and has an x16 Gen 3 PCI-e slot to help maximize performance by topping out at 24 lanes while still offering four DDR4 slots capable of scaling up to 64 GB.

To support this piece of hardware there are eight-phase DrMOS power stages and ProCool II power connectors for improved stability when pushed at its limits.

In order to keep things cool, these power stages work in tandem with the Mos heatsink that packs a punch by boasting two copper heat pipes and an aluminum base for long-lasting durability before elevating temperatures hamper any abilities.

The ASUS ROG Strix Z490-G is a powerful gaming motherboard designed with gamers in mind.

It has 12+2 power stages, high-quality alloy chokes, and long-lasting capacitors that provide dependable power when your CPU output is pushed to the max. It also has VRM heatsinks, PCH fanless thermal design, and other aspects for improved thermal performance.

For seamless connectivity, you have dual M. 2 slots as well as two front panel USB 3. 2 Gen 2 Type-C connectors that support quick data transfers at up to 10 Gb/s or 20 Gb/s depending on what type of device you are using.

The power you need when the stakes are high. The reliable, advanced engineering of ROG Strix Z490-G combines with SupremeFX audio and 2. 5 Gigabit Ethernet for lag-free gaming connectivity.
Also Supports DisplayPort 1. 4, HDMI 1. 4 while providing a Haudigan onboard LAN Networking solution to deliver a stable connection for efficient gameplay and fast streaming. This is the kind of power that you need while gaming – which means this gaming board will fit all your needs!

The Smart Power Stage manages 50A to ensure your CPU executes its core logic reliably. Advanced Thermal Design combines the wisdom of microblocks with real engineering know-how to keep temperatures low when you’re pushing boundaries in memory-intensive application workloads or while gaming.