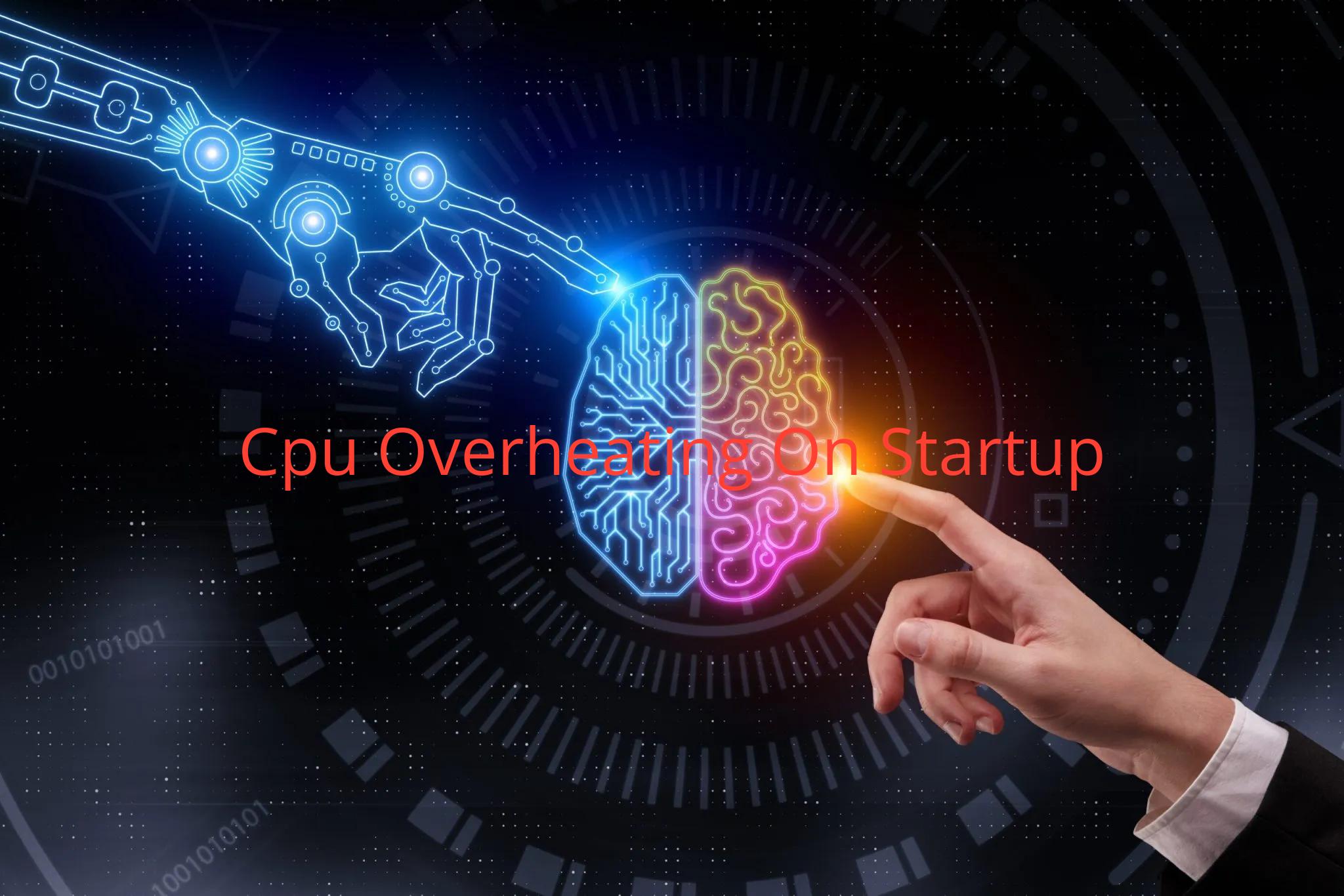 When doing resource-intensive tasks such as gaming or video editing, CPU overheating issues tend to occur the most. Dust, if allowed to build up over time, can bind the fans and cause the CPU or GPU to overheat. It’s as simple as just sweeping it. If your computer is hot but otherwise working fine, give it a break and leave the app for a while. If you’re having sudden shutdowns, screen freezes, or shutting down right after the startup it can be for a lot of different reasons, one of them being overheating. In this article, we will try to tell you a few different things that may be causing this and how to fix it.

If your CPU keeps shutting down on startup it can be many different reasons, one of them is overheating, however, there are more reasons that can cause this issue such as:

If you recently tried cleaning your CPU Cooler or touching stuff around it, one of the pins that keep it locked in place to properly cool the CPU may have come off. Try to apply a little force while attempting to pull it off without unlocking the pins and see if any of the sides budge, if it does then it means that a specific side pin wasn’t properly locked in place.

Make sure that the CPU cooler is actually running when your PC starts running, if it isn’t it’s likely malfunctioning and not cooling your CPU at all.

Too much thermal paste

If you’ve applied thermal paste, you may have put a little bit too much, try removing a bit and see if it helps, however, I would recommend only doing this after making sure that the CPU cooler is working & properly locked in place as those are much more likely to be the issue.

If you have had your CPU for a few years now and never changed the thermal paste it may be time to do so, after years of use the thermal paste gets worn out and will no longer do anything for helping in keeping your CPU cool, as such, it’s generally recommended to apply new one every 2-3 years at least.

Can Overheating A Cpu Damage It?

The excess heat generated in the PC can raise the ambient temperature levels. When the CPU’s cooling is ineffective and overheats. Any component, including motherboard portions, can be damaged by this increase in temperatures.

Fires can be used by fires. When a CPU overheats, it can go beyond just raised temperatures to even start small fires. A fire can destroy both the CPU and any other nearby component, particularly the motherboard, since it is tied to it.

How can you tell if your CPU is overheating?

If you know what signs to watch, diagnosing CPU overheating problems is straightforward.
The following are just a few of the common signs that a CPU is experiencing overheating problems: System Prosecutors The OS that runs on your PC will often have applications that track the computer’s health and attached peripherals. In this situation, the person in charge would notify you of the spiking temperature changes and suggest some simple solutions.

Lags and Stutters When using your PC, you will eventually notice how it does well when doing various tasks. Overheating can result in a decrease in CPU performance. So, if you notice a change in how commands are handled, try diagnostics on your CPU.

See also  Why is my GPU Underperforming? FIXES + Diagnosis

CPUs that are unscheduled shutdowns produce a lot of heat, which can reduce their effectiveness. CPUs are also fitted with dedicated cooling units to solve this issue.

In addition, PCs have an integrated device that automatically shuts the machine down if the CPU overheats. If a computer starts to experience frequent power failures without your command, it could be that the CPU is overheating.

When starting your PC and you don’t hear the CPU fan spinning, it’s likely that the CPU will not get the proper cooling it needs and could possibly overheat.

Why Is My Cpu Idle Temp So High?

The overheating of a laptop at an idle problem is more prevalent than ever before because of the small space inside that blocks fresh air circulation. Laptops are also placed on a rough surface which causes temperature problems. So the average idle temperature range for laptop users is a bit higher than that for a desktop PC.

If your laptop’s idle temperature remains within 45 to 55 degrees, you are in a safe zone.

What Should Cpu Temp Be At Idle?

When you leave your desktop computer idle, the average Idle CPU temperature refers to the temperature. A normal idle PCs clocks in between 30 to 40 degrees C or 86 to 104°F.

Whatever solution you decide to use, investment in CPU temperature monitors will save you a lot of head and possibly heartache (if you are an avid gamer) in the long run!

SpeedFan app gives its users manual control over their computer’s fan speed to maintain the ideal temperature for the CPU. This is recommended for computers equipped with air coolers.

Functions might be a tad overwhelming for casual users, but if you’re only after the CPU part, you can simply collapse irrelevant categories so you won’t have to deal with the other columns.

The app can keep track of fan speed, the use of other hardware parts, and temperature. It can also do assess measurements for other factors like clock speeds.