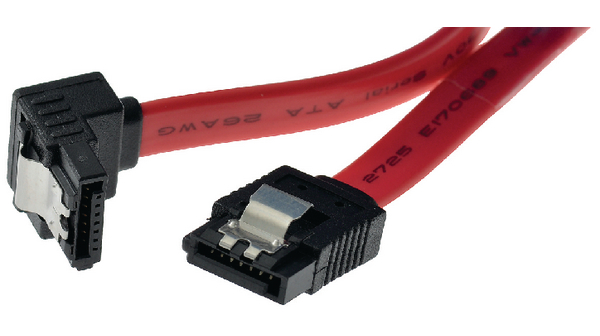 There was a time when having a PC was considered a luxurious expense, but now the times have changed. It has become an indispensable appliance in every office, house, academic institution, and even other hospitality places like cafes, hotels, etc. This is a digital era where school/college assignments, official meetings, online classes, billings, and even get-together events happen on screens.

All these statements reflect that computers are present everywhere now.

So, while purchasing such utility equipment, the buyers usually seek answers like what other parts or accessories will be needed.

What is SATA Cable?

Before answering the above question, it is imperative to know what this wire is about. The acronym for Serial Advanced Technology Attachment is a cord with several pins. It helps connect the two most vital hardware components of a computer system- the motherboard and the hard drive. To access, edit, and perform any function on the computer, a SATA cable is what every operator will have to have without any alternative.

How to know if the motherboard has a SATA cable?

Now the next question would be how to identify the SATA cables. Well, ask the seller if the concerned model has this cord or not. Or, if the buyer missed enquiring about this, look for the features in any of the wires that came along with the order.

Related:  How many PCIe slots do I need? [ANSWERED]

A power SATA cable will have 15 pins, and a regular one has seven pins. Also, their flatness at 90-degree is a prominent attribute that makes them easily identifiable. Do not fret if there is no SATA cable with the bought computer. It is an affordable piece that can be bought from any local but certified store.