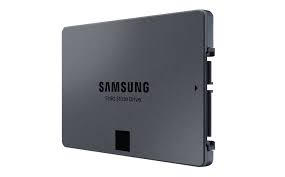 This is a question we get asked all the time. It’s just one of the many variations that we get asked on a daily basis such as:

After this article, we will make sure all of them are answered and you won’t have to Google it anymore, however, the answer isn’t as simple as a yes or no because both cases happen.

Do SSD come with SATA cables?

Generally, they don’t, they are usually packaged along with your motherboard in a large majority of cases, as such if you don’t have any free ones you likely need to buy an extra cable when you order your SSD. However, some manufacturers such as Intel sometimes (again, not always) does package extra cables when you buy their SSDs, however, this is a rare occurrence, and not all brands do this.

SSDs are the storage devices that you use to store your files, pictures, music, and videos. They have a smaller capacity than HDDs but they are quite a bit faster, however, their capacity is generally more than enough for what they do which is why their popularity has skyrocketed in recent years as they can hold hundreds of thousands of terabytes worth of information. SSDs are generally better than HDDs because they are 3 to 6 times faster than your average HDD & do not have any moving parts, as such they are less likely to fail and cause data loss.

What happens if I don’t have an extra cable for my SSD?

If you don’t have any extra SATA cables laying around your place or at home then you will need to go to a nearby hardware store and buy one, it’s guaranteed that all hardware shops sell them as they’re quite common and cheap, otherwise you can just order them online.

A SATA cable is used to connect the drive to your computer’s motherboard in order to access data on it.