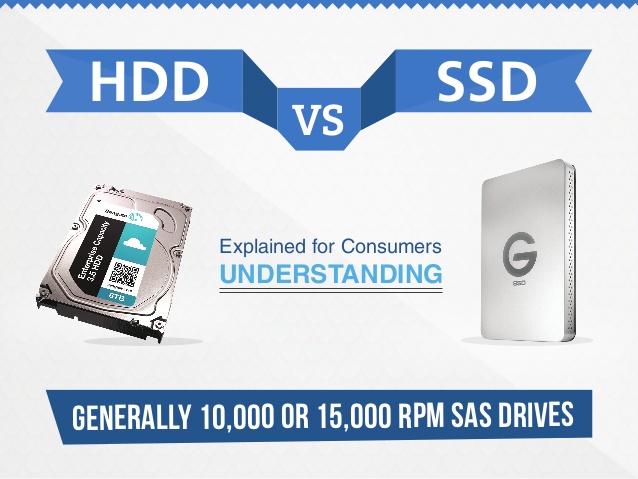 One of the most common questions that gamers ask is, “do SSDs improve FPS?” If you’re one of these people, this blog post will answer your question! In this article, we’ll be discussing how an SSD improves a computer’s performance and what it means to game on an SSD. We’ll also talk about whether or not it’s worth upgrading from a hard drive to a Solid State Drive. So read on for all the answers!

What is an SSD?

Before we delve into this topic further, let us first understand exactly what these devices are capable of doing. A solid-state drive uses microchips called NAND flash memory modules which contain non-volatile storage media. This means that once electricity leaves them, nothing can be written onto them again. The only way to write data onto them is through mechanical action such as using moving read/write heads with magnetic tape. In other words, unlike traditional hard disks, solid-state drives don’t need spinning platters. Instead, they utilize small blocks of memory chips that are smaller than postage stamps. These tiny chips allow for faster access times compared to older technology.
In addition, since they use no moving parts, they also require less energy to work. As a result, they run much cooler during operation. Finally, they provide increased reliability over regular HDDs due to fewer points of failure.
Now that we have understood precisely what an SSD entails, let’s move forward to see how it affects your computer’s performance when playing video games.

There’s no clear answer to this question. While there are plenty of anecdotal reports from gamers and from those who have done side-by-side comparisons, it can be hard to find a definitive conclusion as these types of tests don’t always provide statistical evidence that one is better than the other in all cases.

In the end, though, the answer to this question is not a straightforward “yes”. A Solid State Driver will improve performance in some cases, but it won’t fix poor FPS. In order for the improvement to be significant, players would need a powerful SSD with at least 275 MB/s and have their game installed on that drive. If your computer has one of those two requirements, then yes-it does make a difference!

In the large majority of the cases though, they do not boost FPS, if you have a nearly full HDD then yes moving the game to an empty or relatively empty SSD may help a tiny bit with FPS but the biggest benefit of having games installed in your SSD is not the FPS Gains, it’s the insanely fast loading times.

The loading times can go from 30 seconds down to 1-2 seconds and I’m not even joking! They make a massive difference, especially on very hardware demanding games. Games with long loading times will benefit massively from moving from an HDD to a Solid State Driver.

While It most likely will not improve FPS by itself because it’s just one component, it can help with loading times which makes games feel more responsive and immersive.

The ones we will list below are our recommended brands, you can go with any of them and you’ll 100% be satisfied.

Do games run faster on SSD?

Yes! They help with loading times and overall performance.

*Many gamers report that loading times are sped up by as much as 50%. Games can load in a fraction of the time it would take for an HDD to get them going.*

The other positive aspect is improved gameplay because your system doesn’t have to wait on assets from a hard drive when they’re needed – everything’s available right away! This means you’ll spend less time waiting and more time gaming.

SSD vs HDD For Gaming

In terms of price, a Solid State Driver is obviously more expensive than an HDD. You would have to spend at least $65 or so for an entry-level 256GB drive, and you’ll probably want the next step up which means around $90. And if there’s any chance of your budget going over that, we’d suggest looking into higher capacity drives as well since they’re still much cheaper per GB than buying multiple lower capacity ones. M.2 options are even more expensive.

HDD are relatively cheap, but they are much slower and have a lower lifespan than Solid State Drives.

HDDs have a downside which is that they come with their own kind of mechanical wear whereas SSDs do not; so this could result in reduced longevity when using them on a regular basis over time.

It may seem like no contest when comparing price points but what about in terms of performance? If FPS or Loading times matter most then it seems clear that getting a new solid-state hard drive will be worth it right off the bat due to their fast speeds even with smaller capacities.

As for storage, the performance differences between SSDs and HDDs are not as much of a concern. The difference in price per gigabyte is significant, but when it comes to this particular aspect of computer gaming, they’re about equal in terms of FPS (because again, they’re not meant to improve FPS). However, if you want your games to load faster than ever before, opting for an SSD might be worth it. Even though we cannot say whether or not a Solid State Driver improves FPS 100%, there have been many users who swear that their frame rates increased quite a bit after switching over to one.

Does SSD improve the performance of your computer?

Yes, although we’re talking about gaming in this article, SSDs weren’t created to improve gaming performance, instead, they’re meant to be an upgrade to HDDs, this means that yes, they will improve the performance of your computer by a lot.
Windows loading times go from 1-2 minutes to under 30 seconds, games loading times go from 30 seconds to under 10 seconds, everything opens up faster, file transfers between USBs and your computer(or between folders) happen faster.

Overall, they are a massive improvement and everyone should get one.

How much SSD size do I need for gaming

Generally, we suggest a bare minimum of 250GB, that’s because there are plenty of games that weigh nearly 100Gb alone, with a 250GB that would only let you install 2-4 games in it, however, if you aren’t that big of a gamer and only play a couple of games on your free time that may be more than enough. If you’re an avid gamer and like to have a ton of games installed then consider going with 1TB instead as that will be plenty of space for a ton of games.

Is the improvement worth the price difference between a regular HDD vs. an SSD?

Let’s say you’ve decided to get yourself one of these devices. Before shelling out hundreds of dollars for it, however, you must remember that there are several factors to take into consideration besides pure cost. Here are two main aspects of concern that could influence your choice.

Price – When purchasing SSDs, always try to pick the most expensive model within your budget range. Although prices vary across different vendors, you should aim for getting a product that costs slightly more than average. Why? Because you never know when sales events may occur for limited quantities. And although you probably wouldn’t notice too huge of a difference, the savings can sometimes translate into thousands of dollars later on.

Reliability – After spending money on the device, you’d certainly want to enjoy smooth gameplay long past warranty expiration. Fortunately, there are plenty of reliable brands that offer warranties ranging anywhere from 3 months to 2 years. Make sure you choose a company with confidence in its abilities and services. Don’t worry though, even reputable businesses occasionally suffer failures, so it’s best to avoid brands known for frequent issues.

To put it simply, if you plan on building a brand new rig soon, then going for an SSD is a safe bet. On the contrary, if you already have a fairly powerful desktop PC and want to bump up your performance, then stick to upgrades that enhance existing components rather than completely replacing your entire setup.

With SSDs, you can rest assured that your load time won’t ever exceed 20 seconds anymore. Furthermore, you can transfer large files efficiently without worrying about lengthy transfers either. Plus, since SSDs are designed specifically for storing files, the risk of losing sensitive documents is greatly reduced. All of these lead to significantly enhanced convenience and enjoyment when playing online multiplayer titles.

So in summary, if you’re someone who likes to play games or enjoys a much faster computer when compared to old HDDs, I highly suggest investing in a solid-state drive. Aside from providing significant load time improvements, SSDs can drastically reduce the occurrence of lag and stuttering compared to ordinary hard drives. There are countless examples of successful players who switched from using regular HDDs to SSDs that attest to this claim.
However, if you’re okay with waiting 5 minutes for your character to spawn or for a loading screen, then feel free to skip buying an SSD.