How Much Cpu Usage Is Too Much – Answers & FAQ 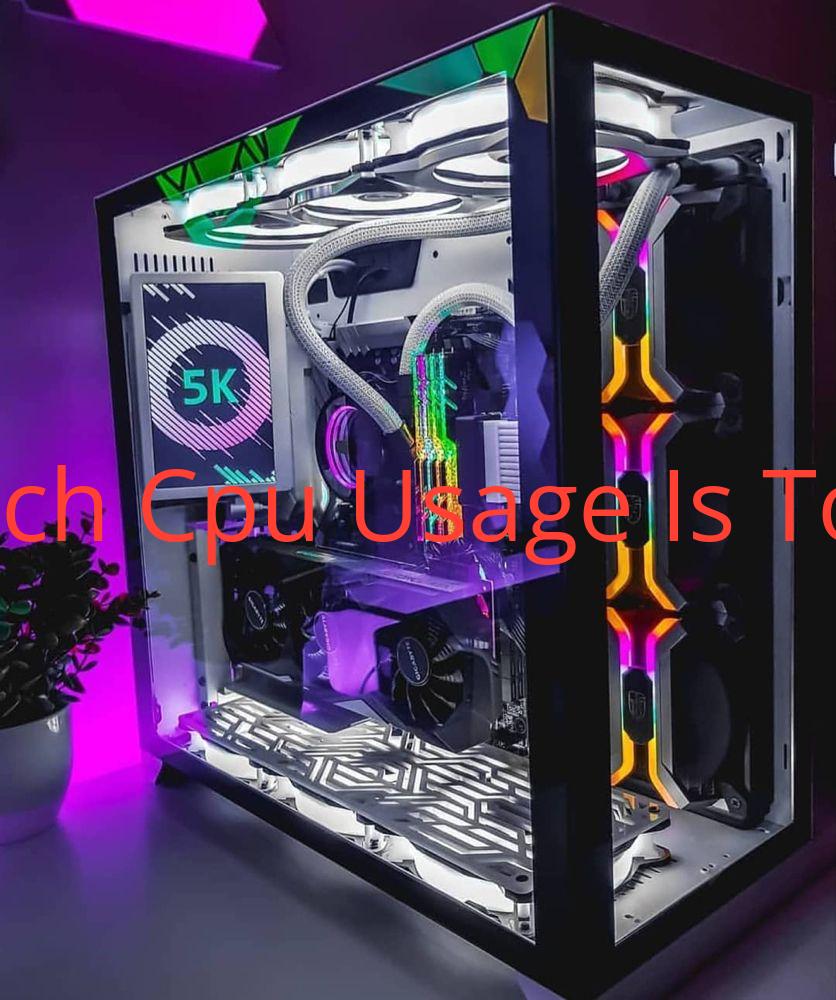 When playing some games, running a video-editing or streaming application, performing an antivirus scan, or juggling multiple browser tabs, you can expect high CPU usage. Modern CPUs can handle multitasking tasks by splitting processing between multiple processor cores. Multiple “threads” of execution are generated in each core by Intel’s Hyper-Threading Technology, each of which handles specific operations. If the CPU usage of a heavy-duty software such as Adobe Premiere is high, it may only be doing so by using the CPU cores that are available to it and it can lead to high CPU usage.

How Much Cpu Usage Is Normal?

Normal CPU usage is 2-4% at idle, 10% to 30% when playing less demanding games, up to 70% for more demanding ones, and up to 100% for rendering tasks. If you’re looking for a unique way to express yourself on YouTube, it should be around 5% to 15% (total), depending on your CPU, browser, and video quality.

How Much Cpu Usage Is Too Much?

If the CPU usage is at 100%, it means that your computer is doing more work than it can handle. This is usually fine, but it does mean that applications will be slowed a little. When doing computationally demanding tasks such as playing games, computers tend to use close to 100% of the CPU.

If the processor is running at 100% for a long time, it could be frustratingly slow for your machine. In this situation, you should determine which program is using up so much CPU time.

If the memory usage is near to 100%, it will slow things down a lot. This is because the computer will then attempt to use your hard disk as a temporary memory store, which is called swap memory. Hard disks are much slower than system memory.

By closing some applications, you can try to free up some system memory.