[ANSWERED] Is It Safe To Overclock GPU? Detailed Guide 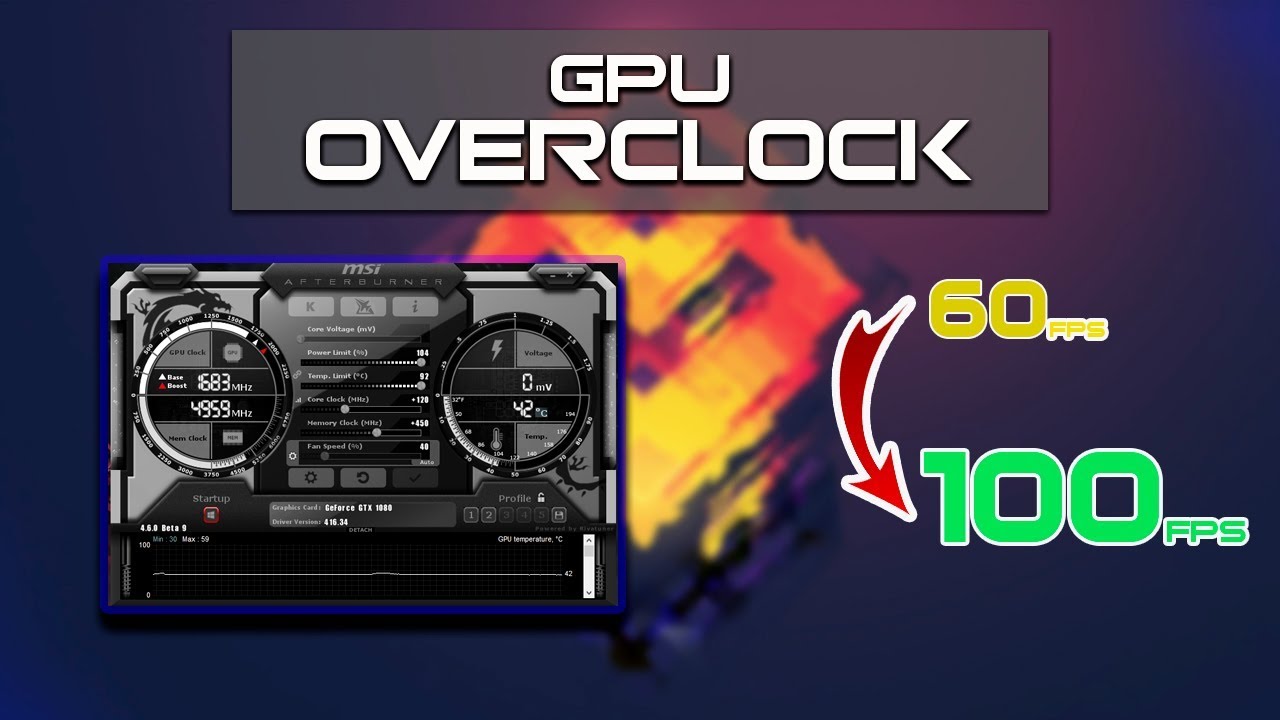 In the world of PC gaming, overclocking is a common practice. It allows you to get more performance out of your graphics card without having to spend more money on a new one or installing liquid cooling. When done correctly, overclocking can be safe and efficient. However, it is not something that should be undertaken without caution! In this article, we will talk about overclocking your GPU and tackle several different questions you may have regarding this subject.

Overclocking is the process of running a computer component at higher speeds or voltages than originally intended by the manufacturer.

And what does that mean for you, the end user? Increased performance, among other things.

There are a few risks involved with OC’ing such as more heat and power consumption, which can compromise reliability over time, but it can be done safely if you know how to do it right!

Is It Safe To Overclock GPU?

Some people will say yes and some will say no. Overclocking is not something that should be attempted by a novice without any experience or information, In our opinion, if you’re a novice you should finish reading this article and then proceed to read others that teach you how you can OC safely because OC’ing can result in permanent damage to the video card or system. However, if you use caution and follow safe procedures then it’s perfectly safe for most users to overclock their cards.

If your computer has an aftermarket cooling system installed on it already (e.g., closed-loop liquid cooler), oc’ing may void your warranty with the manufacturer of those components as well as make future repairs more expensive than they would have been had you left everything at stock settings from day one. It also may increase overall noise levels since many fans are designed to spin up faster when operating under increased load such as when overclocking.

We suggest you to get an extra fan or two inside your case to help with air flow & reducing overall system temperature.

Yes, it will reduce the loading time as well as improve overall performance for games or apps which require high-end graphics hardware such as GPUs. However, this might lead to overheating issues. The best thing to do is keep track of the temperature & lower its intensity if it’s too hot so that there is enough thermal headroom available when the system needs cooling at a later time.

If you want some more information about what OC’ing your Graphics card can do for gaming read out article.

This is a common question that we see. The answer to this question really depends on how you overclock and what GPU you have, but in general, yes it does decrease lifespan.

Essentially, OC’ing will reduce the lifespan of the graphics card as it puts more stress on components like capacitors and resistors which are used in higher frequencies. If you want to play with clock speeds or voltages, be careful not to go too extreme for either parameter. You should also avoid changing fan speed from auto mode because when running at high RPMs they can generate excess noise levels and may end up malfunctioning or have other problems if left unchecked.

Related:  Can You Use Any Psu Any Motherboard? (Detailed Response)

Is it worth it to OC?

Overclocking can be a powerful way to increase your Graphics card performance and efficiency, which is why many people take the risk of overclocking their graphics card. You should always do some research into what makes sense when considering whether it’s worth overclocking your video card.

– Overclocking is not always worth it as there are many factors to consider and only YOU know what makes sense in YOUR specific situation.

– Sometimes overclocking can even lead to diminished performance if done incorrectly or without care, which defeats the point of this process! Make sure you learn how to do it properly before actually going insane on the settings and have ur system unstable which will lead to crashes & artifacts.

So when should I OC my video card?

The only thing you need to do is install the latest version of your GPU’s drivers and then go into the overclocking settings for your video card under “More Options” on NVIDIA or right-click in Radeon Settings, select Global Settings > Power & Temp Control > Overclocking tab.

Related:  Does CPU Come With Thermal Paste? [ANSWERED & HOW TO APPLY]

Choose a profile that allows some degree of overclocking (typical default values are 10% higher than the standard clock speed). Then adjust clock speeds and voltages up from there as desired.

Play a game or two and keep track of temperature, crashes or artifacts, if you crash or get artifacts, reduce settings.

If it’s just too hot to handle while playing games, back off by 50 MHz until things cool down again.

If your NVIDIA/RADEON Drivers don’t have the Overclocking option, you can use other programs such as MSI Afterburner.

The goal of this post was to give a few tips and tricks on how you can safely overclock your GPU without risking any damage. The tools NVIDIA or Radeon Settings, MSI Afterburner are the easiest way to do so and will work with most video cards. If those options aren’t available for whatever reason, then other programs like EVGA PrecisionX can also be used.

As always when OC’ing anything make sure that it’s stable first before going too far as there is no use in crashing games because they’re running at higher than their rated speed!