When purchasing a new generation CPU, it is critical to purchase a matching motherboard in terms of quality. This ensures that not only will your CPU be able to run at peak performance with no issues, but that all other components will also be able to operate at peak performance. Nevertheless, choosing a suitable motherboard can be tricky due to the numerous options available.

We’ll provide you as much info as we can, along with a few strong alternatives from the ones we’ll discuss in this post, in the hopes of assisting you in your decision-making process. We can assure you that all of the alternatives offered are excellent, and no matter the one you choose, you will be happy.

However, because the Z690 was produced first, it is currently accessible in greater quantities, whilst the others are only now beginning to be distributed. The Z690s or B660s will always be the best fit for the new CPUs, but since this is a CPU that does not require overclocking, we always recommend the B660 over the Z690 because you won’t need the overclocking features so you’ll save money.

Another thing to remember is that if you want to utilize DDR5 RAM, you’ll need a Z690 motherboard because the B660/H670/H610 doesn’t support it yet.

If you end up deciding to go with an Intel I5 instead of an I3, you can check our motherboard guide for the I5 12400.

Every motherboard is thoroughly tested by TechReviewTeam before being written about in-depth. Unlike other websites, we don’t just write reviews on things we’ve never tried; instead, unlike others who write evaluations based on “theoretical performance” that the product SELLER ADVERTISES, we truly test the products we discuss and share our findings with you.

It has improved audio, a digital video interface, and a Gigabit LAN connection with the latest Wi-Fi 6 (802.11ax) standard to fully support Intel 12 generation processors and deliver up to 1 Gbps network speed for a streamlined internet experience, as well as a 2.5TB/s SSD, to send data at greater speeds.

The ASUS Prime B660-PLUS motherboard is a small and inexpensive motherboard that will provide you with an advantage while creating or updating your desktop computer.

The heatsinks on both the VRM and the M.2 storage devices are linked to each other to decrease the total operating temperature of your system by swiftly dispersing heat.

Hybrid Fan Headers recognize which fans are controlled by 12V PWM and switch them to full mode.

With a powerful power supply and cooling, as well as numerous connection choices, the Prime H610M-A provides a cost-effective basis for a variety of PC configurations.

For 99% of you reading this, the answer is most likely no, however, if you wish plan to do either:
– Upgrade to an overclocked CPU in the future

– Use DDR5 RAM
Then feel free to buy a Z690 over a B660, however, if you don’t plan to do either of the above options then there are no benefits in picking a Z690 over a B660, not only will the results be the same but you’ll also save quite some money. 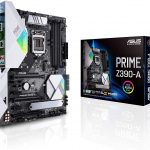 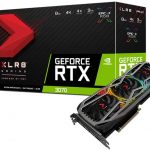 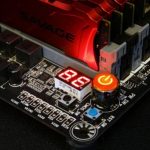 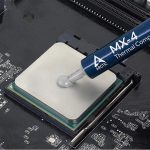