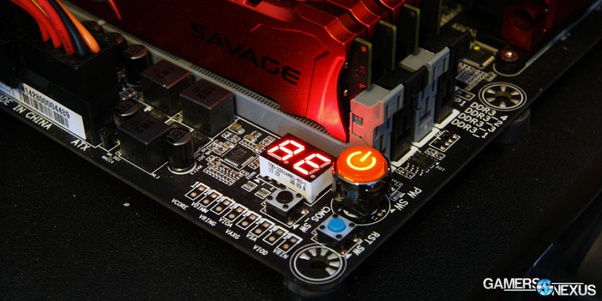 A motherboard is a printed circuit board that provides the interface between the computer’s hardware and its operating system. A CPU (central processing unit) is an essential component in any PC. The question of whether or not the motherboard will POST or if you can use a motherboard without a CPU and RAM doesn’t have a simple answer.

Befor going all technical about it, lets first get out of the way what exactly the CPU, Motherboard and RAM are and whats their function.

What’s a CPU and what does it do?

A CPU, or central processing unit is the main electronic circuitry element inside any PC. It’s responsible for performing all of the computer’s calculations and executing programs on its behalf. CPUs are also known as microprocessors because they process (execute) individual instructions at a time – and each instruction can take many clock cycles to complete.

The name “CPU” comes from Central Processing Unit but it has been shortened over time by general useage. Computer processors have two major features that sets them apart: their operating voltage(s) and frequency which determines how fast they operate in megahertz (MHz). The speed of a processor is measured in gigahertz (GHz), meaning one thousand million hertz, or one billion clock ticks per second.

What’s RAM and what does it do?

RAM stands for Random Access Memory and is the short-term storage place of data in a computer. The idea behind RAM is that it can be accessed randomly (in any order), instead of sequentially like with hard drives, which requires reading and writing head to move around on a spinning platter to find the right location. This random access allows your CPU to quickly retrieve whatever information from its memory as needed by an application or operating system without having to wait for each piece of data one at a time – this makes programs run faster because they don’t have wait for all their instructions or content before working on them.

What’s the Motherboard and what does it do?

The motherboard is one of the most important parts of a computer. It’s where all the components connect to each other and tells your CPU what it needs to do, as well as controls some things like power distribution and cooling. The word “motherboard” can also be used in place of “mainboard”, which means you may see this term when shopping for replacement parts or looking at tutorials.

It does so much work that there are actually hundreds (possibly thousands) different boards with similar features depending on what its being installed into – but they all have these three main functions: memory controller, input/output devices controller, and bridge device linking various buses together (such as the CPU, PCI-E).

What does POST mean and what does it do?

Post-boot, or POST for short, is the sequence of operations executed by a computer system following power up until it reaches an operating state. The most common operation performed during post are memory and cache tests. These checks ensure that in case something goes wrong with your hardware during bootup (like the BIOS failing) you won’t lose any data before Windows starts to load on your desktop. This procedure actually stands for Power On Self Test – which makes sense as these procedures typically test the circuitry powering the CPU itself.

Though nowadays this happens automatically without much user intervention thanks to UEFI firmware updates coming out every year.

With all of this information dump out of the way, now that you know what each component does and what POST is, let’s answer the original question.

It is possible, but it would not be able to function. The CPU or Central Processing Unit controls all of the other components on the motherboard and without it, there would be no way for your computer to run properly.

Honestly, the question of whether or not the motherboard will POST without them cannot be answered because there are too many variables that contribute to how it operates, such as BIOS configuration and hardware compatibility.