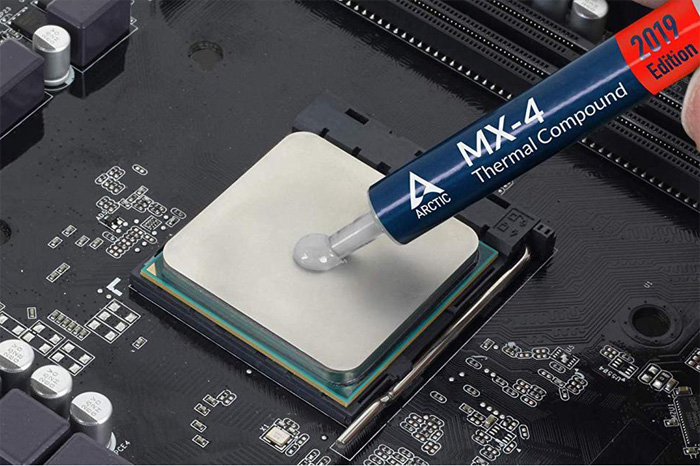 There is no definitive answer to this question as it depends on a variety of factors, such as the type of thermal paste used, the heat output of your hardware, and how well the cooler is performing. That said, we can provide some general guidance on when to reapply.

If you are using a high-quality thermal paste like Thermal Grizzly Kryonaut or Arctic MX-4, then you should only need to apply it once every two years or so. If you are using a cheaper thermally conductive compound like Dow Corning TC-52001 or Shin Etsu G series X23–7783D0, then you will likely need to reapply it more often – typically every 6 months to 1 year.

When determining whether or not you need to reapply thermal paste, there are three main factors you should consider: hardware temperature, processor load temperature, and system noise level.

An overheating processor can cause permanent damage over time, so if any of these three indicators exceed safe levels then reapplying would be wise.

Hardware Temperature – A reliable way to measure hardware temperature is by using a motherboard utility such as AMD Overdrive™, Asus RealTemp™ (for Intel processors), Gigabyte Easy Tune™ 5, MSI Command Center Utility ™, or EVGA PrecisionX ™ 16. All these programs allow for core temperatures and package temperatures (traveling between die and heatsink) measurement allowing an evaluation of both CPU and northbridge (or PCH) heatsink performance.

Processor Load Temperature – To get an idea about what percentage of full load your processor is running at while currently using Core Temp Gadget which shows individual cores’ maximum loads in real-time instead of within games software that reports just one averaged value measured from all active cores during a gaming session. This method isn’t 100% accurate but good enough for comparative purposes – especially when benchmarking different configurations with games software reporting invalid data due to their own design flaws causing inaccurate readings.

What are some signs that it’s time to reapply the thermal compound on your computer?

When to reapply the paste on a computer is a question that depends on many factors. The most important of these are the type of cooler being used and how often the system is cleaned.

For those using stock coolers, the thermal compound should be reapplied every time the cooler is removed for cleaning or when there are visible signs of wear. This generally happens every 6-12 months for most users. For those using aftermarket coolers, they may only need to be replaced if it becomes discolored or lumpy. How often this occurs varies from cooler to cooler but typically ranges from 6-24 months.

See also  How Many Grams of Thermal Paste Per CPU To Use?

It’s also worth noting that some CPUs come with a pre-applied thermal paste which does not need to be replaced unless it becomes damaged or covered in dust/dirt.

What are some tips for reapplying thermal paste?

The thermal paste is a material used to increase the heat conductivity between two surfaces. It fills in any microscopic gaps and helps evenly distribute the heat. When applied correctly, it can improve the cooling performance of your computer by up to 50%.

There are several factors that affect how often you need to reapply it: type of CPU, overclocking, case airflow, and construction quality of cooler. With modern CPUs running much cooler than their predecessors, most people only need to apply new thermal paste every other year or even less frequently.

However, there are some circumstances when you will definitely want to reapply it:

-If you re-install your CPU cooler for whatever reason (e.g., upgrade)