Is 70 Degrees Celsius Hot For a CPU? [Fix for Overheating] 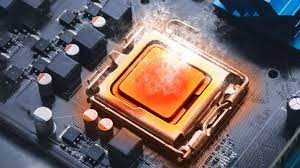 This question is quite common, the truth is that 70ºC isn’t quite considered to be “very hot” or “overheating”, however, it’s getting very close to it. If your CPU manages to stay under 80ºC it should be fine, however, as it’s getting close to the 80ºC threshold we recommend you take proper cooling actions in order to avoid any future issues (which usually come down to poor performance or hardware failure).

It’s important to learn how to properly maintain your PC so you don’t end up with faulty components. Here we’ll go over what temperatures mean

How to improve the CPU Temperature

First off, let’s talk about what temperatures actually mean.

The first step in keeping your CPU cool is to understand how a heat-generator works. Basically, all CPUs generate heat through electrical activity. The higher the current running through them, the more heat generated. As such, the maximum operating temperature of processors determines how much power they need in order to run efficiently.

For example, Intel Core i7-4790K runs at 3.9 GHz while its max Turbo Frequency is 4.3 GHz. Both these values are based upon the assumption that both cores remain stable throughout operation.

Generally speaking, high-frequency numbers indicate newer models, whereas lower numbers represent older ones. Keep in mind that this information comes directly from manufacturers, so take everything here with a grain of salt.

As far as actual temperatures are concerned, every CPU model operates differently due to factors like chipset design, voltage levels, etc. While all processors operate within a range of tolerances, most modern processors can handle moderate workloads without breaking a sweat. However, if we were talking about gaming PCs, graphics cards would likely throttle themselves under heavy loads. On average, your CPU should never exceed 80ºC unless you’ve overclocked it beyond normal limits — even though many users do just that.

Otherwise, your main concern is making sure you keep the case vent free from obstructions.
In addition, make sure your heatsink doesn’t touch anything inside the case. You also want to ensure airflow isn’t blocked anywhere along the way.

Also, remember that fans work best when placed near open areas rather than closed.

Lastly, clean out dust regularly and replace your old thermal compound with a new thermal paste.

What Is Thermal Paste?

Next, we must discuss the importance of proper ventilation & thermal paste. Without adequate airflow, your case may become too warm causing your processor to slow down. Heat sinks act as passive conductors between your chip and the cooler unit located outside your case. They transfer excess heat into the surrounding air where it gets dissipated via convection currents.

Unfortunately, heat sinks don’t always perform as desired. Sometimes, dirt particles get stuck underneath them which reduces efficiency. Additionally, you might notice uneven wear patterns around the edges indicating inadequate contact pressure between the two surfaces.
The solution lies in using thermal paste. The thermal paste acts as a good thermal conductor between the heat sink and the CPU itself. Since it fills in the gap between those two surfaces, it ensures better air circulation and eliminates any unnecessary friction. Using thermal paste also helps protect against sudden changes in ambient conditions since it prevents liquid from getting trapped inside instead.

On top of all that, thermal paste serves another crucial purpose: preventing warping. Warped chips cause instability and decrease operational speeds since they require different voltages than regular ones. Fortunately, thermal paste solves this issue by ensuring uniform contact between the two surfaces.

All in all, it makes your life easier while saving money.

If you want some more information on thermal pastes you can read our guides:

How Often Should Thermal Paste Be Changed?

How Many Grams of Thermal Paste Per CPU To Use?

Is It Safe To Run Your Computer At This Temperature?

Now that you know how to read internal temperatures, it’s time to decide whether you should continue running your machine at full capacity.

Running a CPU above 90ºC can potentially shorten its lifespan significantly.

Why? Well, consider this: each degree represents roughly 10 watts of energy. Each watt equals 1 joule per second. So, if your CPU generates 60 W of heat, that means it consumes 120 J/sec. Now, compare that to the amount of energy required to sustain said heating process.

According to Dr. James R. Hinson, PhD., a professor at Purdue University, a single silicon atom requires approximately 30 electron volts to function. That means you’d need 50 electrons flowing past it per second in order to keep generating heat indefinitely. Thus, exceeding 90 Cº poses a great danger to the longevity of your hardware.

However, if you still insist on maintaining optimal working temperatures, there are ways to reduce stress. First things first, make sure your computer stays away from sources of excessive radiation which accelerate aging rates.

Next, ensure that your BIOS settings are optimized for optimum performance. Make sure to set your CPU governor to “performance” mode. Last but definitely not least, change your thermal paste once again and see if your temperatures drop.
Lastly, be aware that some systems are designed specifically to withstand intense amounts of heat without shutting down automatically. These cases often feature special designs built to disperse heat evenly across the entire board. Of course, your mileage may vary depending on your individual setup.

How Do I Know If A Fan Isn’t Working Properly Or Has Broken?

While overheating is relatively easy to detect thanks to specialized software, broken fans present a whole separate challenge. Usually, this occurs after several years of continuous service when accumulated grime becomes clogged in the vents. But occasionally, a fan may malfunction right after installation which typically indicates shoddy manufacturing practices.
Luckily, detecting problematic fans falls under the realm of basic DIY skills.

There are plenty of resources online that explain how to test various types of fans. What’s unique about this method is that it allows us to measure RPM readings. More importantly, it also reveals whether the blades rotate freely or not.

If you own a laptop, you can easily find the correct screwdriver needed to access the bottom panel. Then simply follow our guide detailing how to identify broken fans.
Alternatively, you can purchase dedicated sensors called thermisters. Thermisters cost less and offer similar functionality compared to traditional probes. Still, thermistors are considerably harder to install and calibrate. Moreover, they do experience accuracy issues when used alongside noisy machines.

Just taking care of your system will save you hours of frustration later on and potentially a lot of money!
Have questions regarding specific aspects mentioned herein? Feel free to ask below.