Why is my computer making a buzzing noise? Fixes + Causes 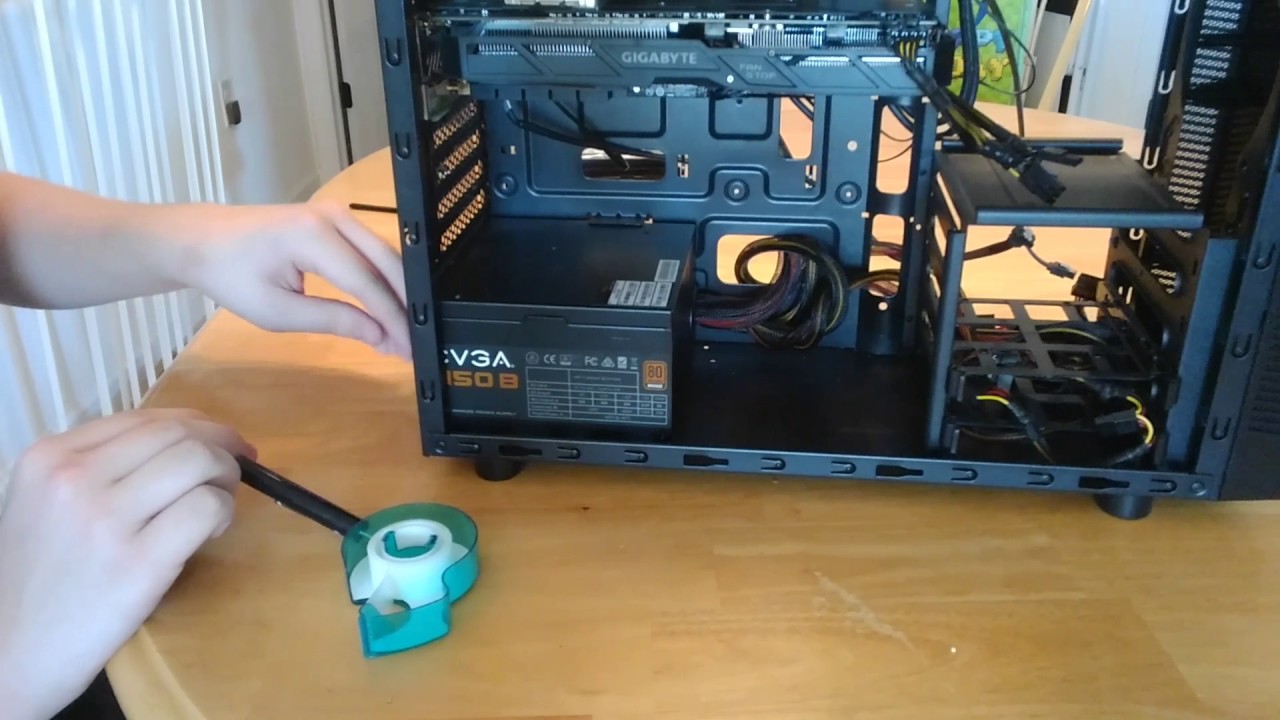 There are many ways you can get a buzz coming from your PC – if you’ve heard it before then there’s probably something wrong with your machine, but these noises aren’t always easy to troubleshoot. The following list covers all of the most likely causes for a buzzing noise coming out of your desktop or laptop.

Fans Can Be Clogged With Dust or Tapping on a Cable

All computers have fans to keep them cool. These usually come attached to heat sinks which dissipate any excess heat produced within the system.

A fan works best when kept free of dust as obstructions reduce its effectiveness. If the blades become soiled they simply cannot move freely through their bearings, causing vibrations and noisy operation. This could also occur because the cable leading to the fan became damaged during installation or over time due to normal use.

To check the condition of your cooling fans, open up your case carefully using screwdrivers or other blunt tools to avoid damaging internal components.

Pay particular attention to cables near the motherboard since they tend to break more often than others. Look at each individual fan too. You should find one or two that require cleaning the dirt off the surface around the bearing. Alternatively, use compressed air to blow gently onto the blades themselves.

Once cleaned, make sure the fans run smoothly again. It doesn’t hurt to give them a little push now and again!
If you’re still getting a buzzing noise after checking your fans, try tapping away lightly on the casing itself.

The plastic covering might not feel like much protection against damage, but the metal frame beneath isn’t immune either. Any loose screws would do this.
An alternative cause for this type of noise is interference between the power cord and socket. Try moving the plug slightly until it stops producing the buzzing sound.
Also, check that no part of the power lead touches anything electrically sensitive such as another circuit board or close-by grounded object.

It sounds obvious, but sometimes people accidentally remove the protective sheath surrounding the end of the power chord. When this happens, live electricity gets exposed directly into the grounding point where it can harm electronic equipment. This includes laptops, monitors, keyboards, mice, headphones, etc. An external ground fault monitor detects this current and shuts down whatever device was touched. However, without detection, someone who plugs devices into a badly damaged wall outlet can suffer serious injury. There are signs indicating the presence of a faulty plug including:
a persistent humming sound
an unusual smell

One way to test whether this is the source of the buzzing sound is to unplug everything then touch the tip of the wire closest to the wall outlet. If you see sparks jumping across the connection, you’re dealing with a defective product. But remember, even though it looks bad, electrical shorts aren’t necessarily dangerous. They only pose a threat when left unattended.

To fix the issue, consult your owner’s manual or contact the manufacturer directly. Usually, this involves replacing the entire electrical unit. Some manufacturers offer replacement kits while others supply broken parts to repair the defect yourself.

One last thing worth mentioning here is how easy it is to swap memory modules in modern PCs. So, if you were having trouble finding the exact problem earlier, try swapping RAM sticks and seeing if that fixes the noise. Also, make sure none of the pins in question are hanging over the edge of the slot.

A Component Could Be Loose In Its Mount

Faulty hardware mounting screws can occasionally loosen and produce vibration. Most cases today employ self-tapping screws, but standard-size flathead wooden screwdrivers can work too. Make sure to tighten all fasteners properly by turning counterclockwise (CCW) to prevent further movement. Next, take note of any rattling or clicking sounds.

Related:  [ANSWERED] What Does Overclocking The GPU Do For Gaming?

The first step towards diagnosing a loose screw is to confirm that it actually exists. Loosening screws can happen from repeated tightening and/or impact forces, corrosion, humidity, temperature changes, etc. While it may seem unlikely, the worst scenario is possible if a screw somehow managed to fall completely out of its hole. Take care of this by purchasing anti-loosen screws specifically designed for this purpose. Just follow the instructions provided by the packaging. Once tightened, double-check the screw head position.

Sometimes, a screw needs to be replaced entirely rather than merely retighten. For instance, if you’re working on a hard drive enclosure, a loose screw could easily allow the mechanism to wobble unexpectedly. Not good! Fortunately, this kind of situation is pretty rare nowadays thanks to standardized screw sizes and better manufacturing processes.

When disk drives fail, mechanical movements inside the case suddenly cease. As such, they must rely solely on software to perform read operations. Unfortunately, in order to communicate with the OS, data stored on the disks need to be physically moved around. Since the motors controlling this action can malfunction, the resulting vibrations can create a high pitch whine sound. Such occurrences typically result from improper maintenance procedures and poor quality control standards among third-party vendors.
Luckily, most modern systems provide diagnostic utilities capable of detecting various errors. Consult your user manual for details.

Note that although these kinds of failures are very common, they shouldn’t deter anyone from seeking professional support.

Some solutions include:
replace the entire disk assembly
remove the platters from the actuator arms and replace them with fresh ones
repair the motor mount bracket
Repairing a failed HDD requires special tools and knowledge.

Before attempting to disassemble your computer, shut it down immediately, disconnect peripherals, and proceed with opening the chassis carefully.

Never force a screwdriver into tight spaces or attempt to pry discs off their spinners unless you are confident enough to handle delicate mechanisms. If necessary, enlist the aid of a technician experienced with HDDs.

Related:  Why Does My Monitor Keep Going To Sleep? [FIXES]

Each additional accessory generates an extra load on the PSU, thus placing increased strain on its output level.

Consult your instruction manuals or user guides for information specific to your model. Generally speaking, however, you should look for bulging vents located on the rear panel and examine the wiring harnesses above the CPU sockets. If present, these indicators signify that a blown fuse occurred somewhere upstream.

Lastly, if you have recently upgraded your machine, it’s important to ensure that your old power supply remains compatible with your newer components. Otherwise, you risk receiving incorrect voltages or destroying your newly acquired components.

Check inside the computer

After taking stock of all potential sources of noise, you’re hopefully equipped with enough technical expertise to tackle future problems, however, if none of the previous reasons were correct then consider opening your laptop/desktop yourself and try to see if you can find the issue yourself, you can do this even with the computer turned on if it helps you find what’s causing it.

Alternatively, if you’re not very technical with computers then consider taking it to a local IT shop and they’ll have a look at what’s wrong.

Have you ever received a strange sound coming from your computer? What did you do to figure out what exactly caused it? Share your experiences with us in the comments section below!